Note: Solar Choice is not a solar installer and has no financial or other incentives to promote any product brand over another.

Msquare commence business operations in Australia in 2019 orginally applying their brand to a solar panels produced by a Chinese Solar Panel manufacturer. The solar panels were co-licenced (Msquare and Chinese Manufacturer) by the Clean Energy Council and were sold in Australia.

Msquare’s Australian production facility is located in Girraween in Western Sydney and has a production capacity of 300MW per year. Msquare Energy has advised Solar Choice they have plans to establish a 500MW facility in Bathurst NSW. Solar installers in Australia can purchase the Msqaure solar panels via channel partner MMEM Greentech who own TLE Electrical.

What is a Bloomberg Tier 1 Solar Panel?

Bloomberg’s infamous tier 1 ranking is NOT a measure of Solar Panel quality in any way. It is simply an indication of the bankability of the manufacturer based on publicly released information on the financial health of the company. This should give you an idea if the company is a large, well-known manufacturer.

Msquare Solar Panels are not in the Bloomberg Tier 1 list.

PV Evolution Labs with support from DNV GL independently test solar panel reliability. The tests are voluntary, with solar panel manufacturers paying to participate in the testing. This testing process is internationally renowned and is an accurate reflection of the solar panel’s performance.

Msquare Solar Panels are currently ranked in the PV Evolution Labs Top Performers across 4 of the 6 annual tests and are one of the few manufacturers that have consistently been listed as a top performer for the last 6 years. This is a good indicator of them being a leader in the solar industry.

Why is office location in Australia important?

Most solar panel manufacturers entering the Australian market first set up their distribution channels and worry about customer service later. This has led to many unhappy customers who are left trying to contact Chinese head offices to claim on their 10-year product warranty.

Relying on your solar installer is not always an option as we’ve seen many residential solar installers (including the large ones) go out of business well within the lifetime of the systems they are installing.

Msquare are an Australian business (ABN 52 632 143 812) and their products are manufactured in Australia at their headquarters in Western Sydney.

How much do Msquare Solar Panels cost?

Important Note: The price for end consumers will depend on which installer is used and the other selected components of the solar system.

Compare solar quotes from up to 7 local installers now.

Msquare’s main point of difference is that the products are produced in Australia. They are now the second company producing Australian-made solar panels alongside Tindo in South Australia.

Msquare have a production facility in Western Sydney where their solar panels are assembled. Many of the component parts are imported from overseas, however Msquare advise that many of these components including the solar cells are non-Chinese. 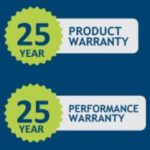 Msquare’s solar panels also come with a performance warranty which guarantees that a solar panel will produce a certain amount energy in standard conditions and accounting for a specified degradation rate. Like the rest of the market Msquare offers a 25 year performance warranty however their panels are warrantied to degrade at 0.5% per year after the first year which is slightly ahead of the standard for the market which is 0.7% per year.

Msquare Energy have a number of panels approved by the Clean Energy Council in Australia. They are currently only producing a 350W solar panel (MSEA-350W-MH60) with plans to produce more models within the year.

The MSEA series feature half-cut solar cells meaning that each of the cells are divided in two which retains that power output but reduces the electrical resistance. The cells are mono-crystalline offering a maximum efficiency of 20.50% which we would characterise as above average.

The panels are 1m by 1.69m meaning they can accommodate residential installations with tighter screw-lines.

Msquare is planning to release their Kangaroo series in 2021 which will feature a better cell efficiency thant he MSEA series.

Example of an Msquare Solar Project

The below image shows a residential solar system with the black-framed Msquare solar panels installed on a corrugated iron roof. 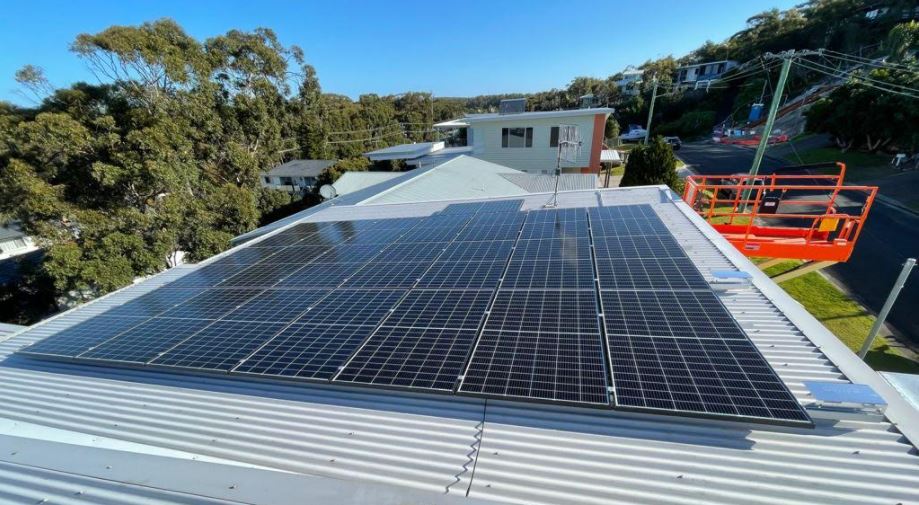 Since 2008 our knowledge and sophisticated software has allowed over 180,000 Australian households and businesses to make a well-informed choice on their solar & battery installer.
Compare Now

Solar Panel Installation – What You Need to Know